Geterbrewed distribute the Speidel Braumeister range across the UK & Ireland, they have the in house expertise to help everyone from home brewing to professional breweries 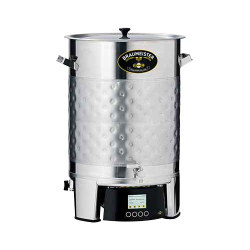 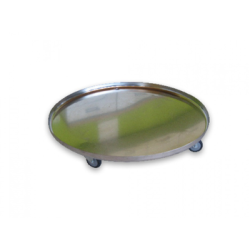 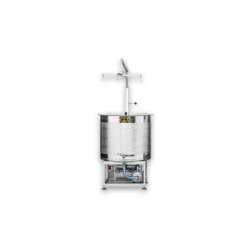 Want to brew beer to your own taste?

Fed up with mass produced beers?

Join the craft beer revolution with Geterbrewed…. True beer lovers are increasingly dissatisfied with beer that is industrially produced by big breweries. All too often its taste is generic and the ever growing list of brewing additives has induced many beer fans to think about alternatives. One of them is to brew your own beer. And this is where the Braumeister comes into play. The craft beer movement is just starting in Ireland and the UK and we have not only the freshest ingredients to brew with but the best equipment available worldwide.

Usually, you’ve got your hands full when you are brewing…

Not with the Braumeister though. The Braumeister’s simple handling eases your workload remarkably. This way, you can concentrate on the brewing experience instead of stirring and decanting. What about expanding the flavours of your beers with different kinds of hops from all over the world? We have the freshest hops and grain in the homebrew market, It’s all in your hands, whatever you want to brew, we can make it happen!

Patented Technology made by experts

The ingenious thing about the Braumeister is that the malt is not extracted by a stirring device, but by gently circulating the wort. Everything takes place in one cauldron: mashing, lautering and boiling. This makes the entire brewing process simple and clean.The fully automated control system monitors the entire brewing process and can be programmed based on the recipe utilised. Almost the complete Braumeister is made of stainless steel. ‘Its high quality –made in Germany – it’s captivating.’

The new 10 litre Braumeister has arrived: its format is so handy that the device can be used even in the smallest of kitchens, making this kind of Braumeister the ideal tool for occasional, fast brewing as well as for the testing of particular beers in small quantities. Once you have discovered the Braumeister’s efficiency, you might even want to have it around you permanently.

The Braumeister will turn you into a Master Brewer. It was developed for both the soon-to-be and the already active hobby and home brewer. Its compact size and simple operation make the Braumeister ideal for home use. The fully automated control system brews with both standard and individual recipes. Time and temperature are precisely maintained throughout all brewing phases. In contrast to the cumbersome equipment of many other hobby brewing devices, the Braumeister does not require constant stirring. The patented malt pipe technology allows the gentle and effortless circulation of the wort. This way, nothing gets burned and there is no need for decanting during the brewing process.

Whether you prefer wheat beer, lager or ale: the Braumeister allows you the brewing of all kinds of beers. You will certainly taste the difference in quality between your own beer and the all too often interchangeable, featureless beers made for the masses. Be warned though: once you have acquired a taste for home-brewed beer you might once and for all turn your back on those commercial brews that all taste the same. In other words: once you got to know the Braumeister, it’ll be hard for you to renounce this natural type of beer brewing that gets by without pasteurization and chemical additives.

All Speidel orders are drop shipped from Germany via a premium tracked delivery service therefore we have set a minimum order value, please contact us for full details [email protected]

Dreams can come true! Get independent and brew individual beers forsale! Take advantage of the Braumeister’s tried and tested concept of a compact brewing unit. Brewing, lautering, hop boiling, whirlpooling and cooling are all done in one kettle. The fully automated brewing regulation conducts the brewing of individually set recipes and executes all brewing phases with exact time and temperature. Lautering is done easily and quickly by lifting the malt pipe with the built-on lifting device. This way the execution of the lautering process is both quick and clean.

In addition, the device is mobile and easy to move. The space required is minimal. This makes the device ideal for restaurants, pubs, events or brewing communities. The low acquisition costs and a low price per litre ensure quick amortisation.

Beer to your own taste

Bid farewell for ever to indistinguishable, mass produced beers and brew with a real taste! Be it wheat beer, lager or ale, be it beer made according to a given recipe or to your personal fondness of experimenting: with the Braumeister everything is possible.

If your looking to buy a Speidel Braumeister then contact us for a price, we have the expertise to do the job right, we are the number one choice for Speidel in Ireland and the UK.