I’ve recently taken a  keen interest in the Barrel ageing of beers, I’ve started to appreciate the complexity of some barrel aged beers, we even dabbled at it ourselves with our very own Christmas Special beer at our sister brewery Hillstown brewery. We took 29 year old whiskey barrels and aged a hoppy red ale with festive spices for 9 months and bottled it as a special release, no coincidence that its been one of our highest rated beers to date 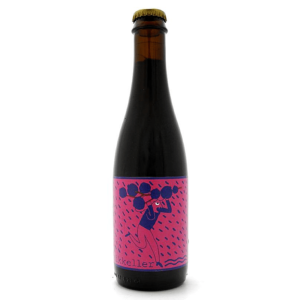 I’ve been inspired to create some beautiful barrel aged beers so when I seen the opportunity to learn a little more I attended….

The Brewers Journal who organised the Brewers Lectures in the Convention Centre In Dublin and had a really enjoyable experience and noted a fantastic talk by Dr Gearoid Cahill (Director of Brewing Science at Alltech) on the barrel aging of beer, his experience in this field is indepth and he easily simplified the key points so that even I could follow.

He’s 23 years in the industry and joked ‘ I bought a barrel at the car boot sale , I’m going to make a great beer’  and then was subsequently responsible for aging of 70000 barrels of beer a year

The Elements of Barrel Ageing of Beer 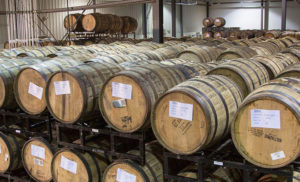 What Barrel Ageing Is & Why People Enjoy?

There is generally three types of barrels used, Spirit, Wine and Beer…. as for why people enjoy it, it has to be the complexity in my humble opinion

Bourbon Barrels – The bourbon is aged at a 65% volume so nothing grows at all in it and Bourbon is aged for 4 years so it is excellent for aging beer as long as the barrel is freshly emptied. The negative factor with it drying out is that it shrinks and you have the possibility of leakage and as Dr Cahill said ‘ Spilling Beer Is A Sin’

Wine Barrels – Will sour quickly within as little as a week

Beer Barrels – are vulnerable as soon as they are emptied

The key to success is Fresh Barrels

So how do you rejuvenate the barrels if freshness is key?

The make up of a barrel?

It’s a manual operation that can’t be automated. To store the barrels he recommended they are kept cold. To fill they use a filling lance that has two tubes, one for beer and one for c02

What does the barrel give us?

Barrel aging can be carried out in as little as 2 weeks to 2 years. Add an airlock if you think its going to ferment in the barrel. Store Cold although ambient temperature works well for sour beers. Needs to go through a filter to remove charing lumps