A note from our Friend Robert Percival at Lallemand brewing about an awesome new yeast product they are launching for both Craft Brewers & Home Brewers….

At Lallemand Brewing we are constantly working to provide new innovative and highly demanded brewing products. We are specifically looking for stable and consistent selected strains that will produce quality fermentations time and time again. After years of research, development and testing, we are thrilled to announce the launch of our newest Premium Yeast LalBrew® Köln.

Framed within the LalBrew® Premium Yeast product line, LalBrew® Köln has been specifically selected for its ability to produce traditional Kölsch-style beers and other ales. The character of this strain accentuates delicate hop aromas while imparting subtle fruity esters. Through expression of a beta- glucosidase enzyme, Köln can promote biotransformation and accentuate hop flavor and aroma. Colder fermentations will have little impact on flavor and aroma, while warmer fermentations will produce a more fruit-forward ester profile. Once released, LalBrew® Köln will available in 500g and 11g sachets.

Several breweries around the world have executed highly successful pilot brewing trials with LalBrew® Köln. The results are overwhelmingly positive and have generated substantial excitement, leading us to believe that this new product will be extremely well-received in the market.

If you have any questions, doubts or simply want to know more, just visit www.lallemandbrewing.com , give our Irish Distributor Geterbrewed or us a call or contact Lallemand Brewing directly via [email protected]

At Lallemand Brewing, We Brew With You.” 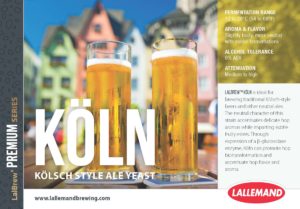 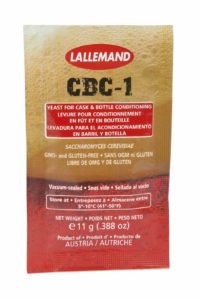 Lallemand CBC 1 is used for Cask and Bottle Conditioning, when homebrewers have a stable fermentation and the gravity has remained constant for 48 hours you are confident that primary fermentation is complete then you want to look at packaging that product. CBC 1 is a bottle conditioning yeast that helps with secondary fermentation and carbonating the beer in the bottle or cask

If you have dry hopped the beer then you will need to cold crash the beer to allow the hop particles to drop out and this will also make the yeast drop out of suspension in the wort.

This product is available for home brewers and professional breweries.

See the attached pdf for a best practice guide: 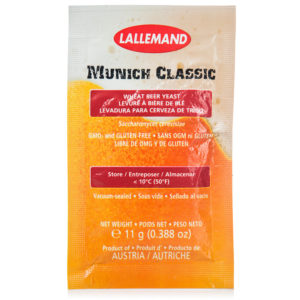 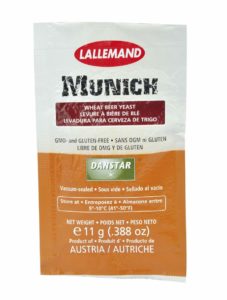 Checkout the attached pdf from Lallemand which explains it simply here:

Organic Liquid Liquid Yeast grown in Portland, Oregan and shipped on ice to Ireland for distribution via Geterbrewed

We are always looking for innovative new product ranges to excite the brewing community and when we reached out to Imperial Yeast about becoming their Irish Distributor we felt that it was a good match so we have a huge range of their organic liquid yeast packs arriving this Friday.

Imperial have certified organic brewing yeast, we all know how proud a brewer can be of their beer and they want to ensure that the ingredients used are the best possible, imperial produce high quality organic yeast that is GMO free and 100% natural. The first yeast company to be certified organic and produced in an environmentally friendly way.

So what does it mean to pitch right? If you want to notice an improvement in your fermentations immediately then you need to make sure you are pitching the correct amount of yeast cells, You can’t see yeast cells with the naked eye but you can have confidence in imperial yeast that they have. There is 200 billion cells in the Imperial Yeast Pouch 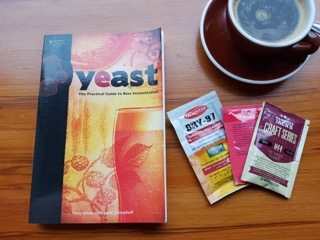 Right from the off, please when you have the opportunity to create some amazing beers at home, commercially or in your brewpub, don’t just brew with the same strain of yeast all the time, we have a huge amount of brewers that are just using the same house strain for all their beers and presently too many commercial brewers are using Fermentis US 05 and I’m starting to feel that alot of beers taste the same as a result of this pattern.

Yeast selection can now be as exciting as trying a new experimental hop, so what do you want to think about when selecting a yeast? I’m not going to look at the Liquid Vs Dried Yeast debate on this blog post just selecting a new strain for fermentation.

Look at what your trying to acheive, Dry/Hoppy , Sweet/Malty , Dry/Estery, High ABV or Low ABV , you may want to combine some of these attributes and that is achievable, you many even want to experiment with mixing a few yeast varieties.

If you are wanting to mix yeast keep in mind that the critical stage in yeast is during the first three days so I’d recommended adding the different varieties at the start of the fermentation. Not to say that you can’t add yeast at a different stage but to achieve maximum impact earlier is key but to increase attenuation you could add a second strain after you have achieved you flavour profile from the first yeast. You can blend two strains of yeast with different but complimentary flavours and create something unique, launching this commercially could genuinely excite craft beer drinkers

What to be considering when selecting a yeast strain?

Yeast strains are usually broken into two main categories Ale & Lager, now there is a huge range of yeast available nowadys and this is fairly wide sweeping to break it into two.

Ale can be broken down further (mainly know as top fermenting)

Yet some breweries use the same strain for all their beers, we would encourage you not to fall into that safe trap and to get inspired and creative with the wide varieties of yeast strains available. Achieve a balance with complexity

So what to try?

Geterbrewed recommend you checkout the Lallemand yeast range & the Mangrove Jacks range. Lallemand have launched a NEIPA Yeast in dried format and we launched that recently to pro brewers, we also opened up some commercial packs and broke them down into 25g packs so you can try this yeast out, it adds a beautiful flavour profile that is like pure stone fruits, think Mango, Peach etc. We have got to work closely with the Lallemand Team and we are inspired by their ethics and drive to create a truly exciting range of products.

Mangrove Jacks have also opened up a huge variety of strains that was until recently available in Liquid Format, they now only focus on the homebrew yeast market but they are highly recommended also

Exciting update from the Lallemand team, we spent some time with the team recently at Drinktec in Munich, this is the first launch of a range of exciting new products, with a pitch rate on this new dried sour bacteria of 10g per h/l this is incredible value paired with an excellent new product

As sour beer gains more attention in the market, we are thrilled to see brewers both reviving historical sour methods and pushing the boundaries of traditional styles and flavor. We meet the Lallemand team at Drinktec and it appears Lallemand Brewing have been listening, and we have something for you. Lallemand have developed a product specifically for avant-garde brewers looking to showcase creativity through sour all the while maintaining consistency and quality.

Lallemand Brewing is proud to introduce the first product of the WildBrew™ product line: say hello to WildBrew™ Sour Pitch, a ready-to-use dried bacteria, a strain of Lactobacillus plantarum specifically selected for its ability to produce a wide range of sour beer styles, including Gose, Lambic and Berliner Weisse. WildBrew™ Sour Pitch will deliver unmatched consistency, effortless application, fully assured performance and unparalleled purity for brewing the sour beer style of your choice.

Join this broad-reaching category and explore this mix of historic and sometimes uncharted territory – from time-honored Belgian lambics and traditional kettle-soured German ales to the Wild West of strange and forward-pushing experimental sours. Focus on your creativity and style and let WildBrew™ Sour Pitch do the rest.

And just as with any of Lallemand Brewing’s premium brewing yeasts, WildBrew™ Sour Pitch comes with Lallemand’s unmatched technical support and expertise. If you have any questions, doubts or simply want to know more, just visit www.lallemandbrewing.com/sour

WildBrewTM Sour Pitch produces a clean and balanced citrus flavor profile typical of both traditional and modern sour beer styles. When inoculated at optimal temperature and the right conditions, it is a powerful, safe and easy way to handle bacteria for various beer souring techniques, such as a typical kettle souring process. Besides providing an outstanding performance, WildBrewTM Sour Pitch is capable of delivering consistent results for brewers.

Geterbrewed distribute Lallemand Brewing products in Ireland both North & South and we are pleased to be the first to launch these exciting new products to you, if you want to discuss your microbrewery yeast requirements then please contact one of our sales team at [email protected], we have unrivalled technical support and hold stock of all the Lallemand Yeast Products in our cold storage in County Antrim, Northern Ireland.

Geterbrewed will also have some sample packs for homebrewers soon too